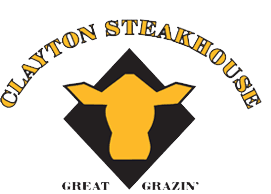 In April 2017, Bobbi and Ryan purchased the Clayton Steakhouse from the Grannis’. After working at restaurants from Vermont to North Carolina, Bobbi found her home at the Clayton Steakhouse as a server in May of 2012. She quickly moved to lead server and took over more responsibilities. Ryan joined the team in September of 2013 and soon took over the kitchen manager position.

Both Bobbi and Ryan grew up working in their families small businesses in Vermont. Ryan worked in and managed the bakery with his dad from the time he was young until he moved to North Carolina in 2007. So, taking over the Steakhouse was a good fit for the husband and wife team. Bobbi and Ryan live in Clayton with five of their six boys and their two dogs. 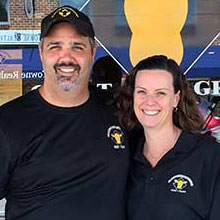 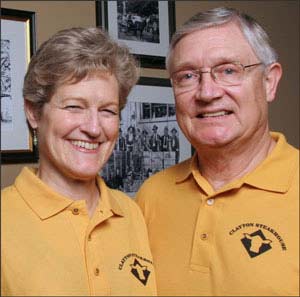 After two years of researching, planning and renovating, Michael and Betsy Grannis finally found the perfect spot on Main Street to open the Clayton Steakhouse. On February 12, 2008, their doors were open to the public.  With their fine leadership, the Steakhouse has become a popular gathering spot for locals and out of town guests as well. For nine years, Michael and Betsy built an established lasting business before deciding it was time to retire from the restaurant.